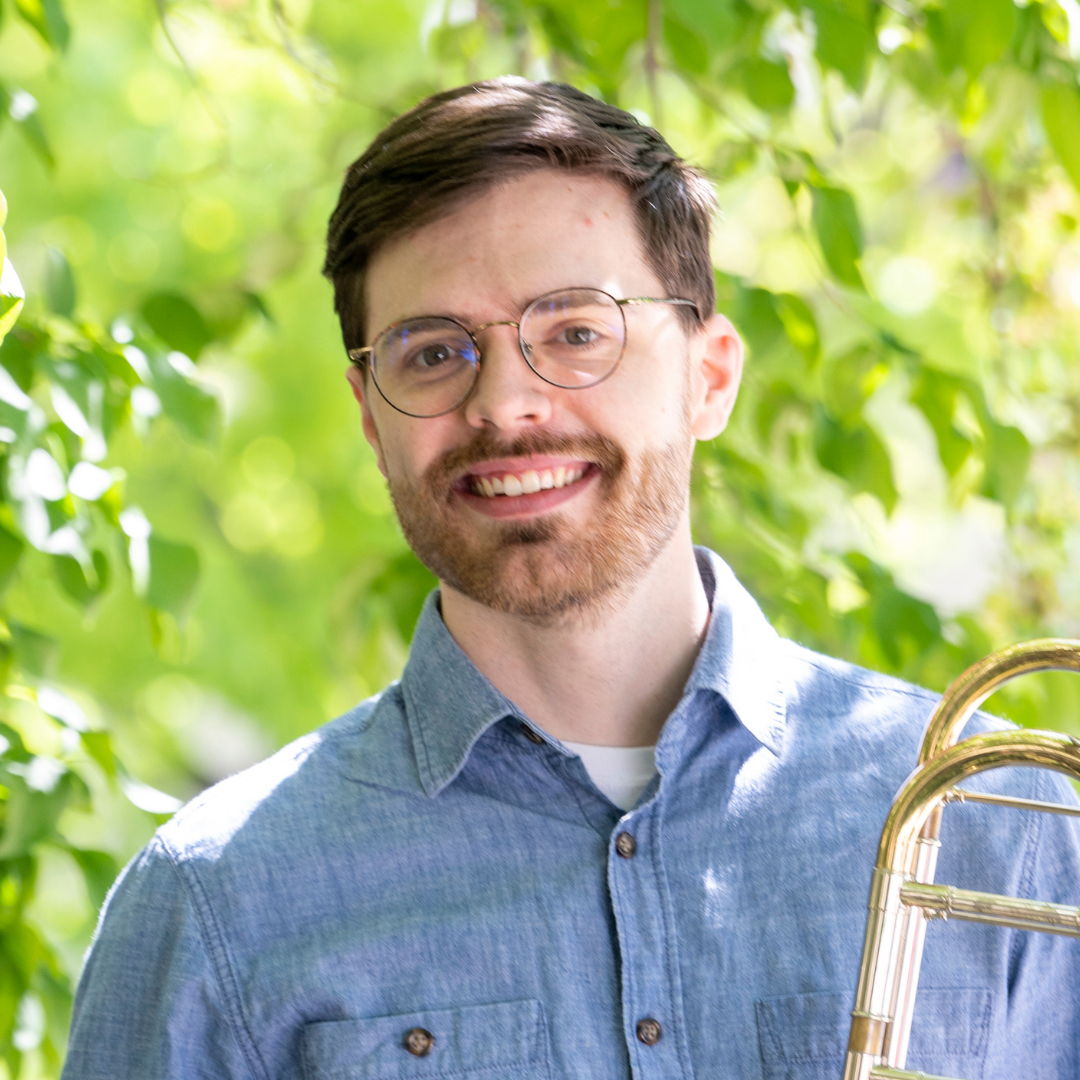 Zach Gingerich is an active freelance musician, teacher, and arranger. He maintains a diverse performance schedule as a member of the Compass Rose Brass Ensemble, subbing with groups such as the Duluth-Superior Symphony Orchestra, Rochester Symphony, and Mankato Symphony Orchestra, as well as playing lead trombone in Hornucopia, a Twin Cities-based rock band that pays tribute to the many horn bands of the rock era. Originally from Conway, Arkansas, he moved to Minnesota in 2009 where he obtained a Bachelor of Music in Trombone Performance from St. Olaf College. He went on to earn his Master of Music from The Boston Conservatory and a Doctor of Music Arts degree from the University of Minnesota.