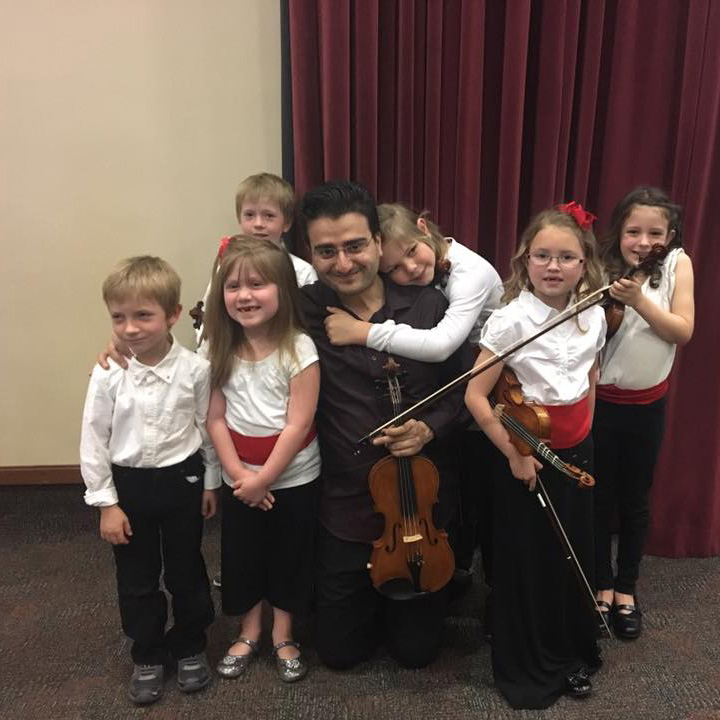 TONY MOUSSA joins the faculty of St. Joseph's School of Music after serving since 2017 as the co-director and founder of the American-Lebanese Suzuki Talent Education Program (ALSTEP). ALSTEP is the first Suzuki violin program developed in Lebanon-Middle East. Tony also taught at the Lebanese National Higher Conservatory of Music and the pre-college program of Antonin University as Suzuki branches of the ALSTEP Program.

Born in Beirut, Lebanon, Tony Moussa earned his Master of Music degree in violin performance with an emphasis in Suzuki Pedagogy from Southern Illinois University Edwardsville, after completing a Bachelor in Music Degree cum laude in violin performance from the same institution. Prior to studying in the United States, Tony received his Bachelor Diploma from the Lebanese National Higher Conservatory of Music, and joined the violin faculty there upon his graduation. Tony has performed with the Lebanese Philharmonic Orchestra, in recitals, masterclasses and workshops all over the world, and was the winner of the Ernst Karandjeff award and SIUE Solo Competition.