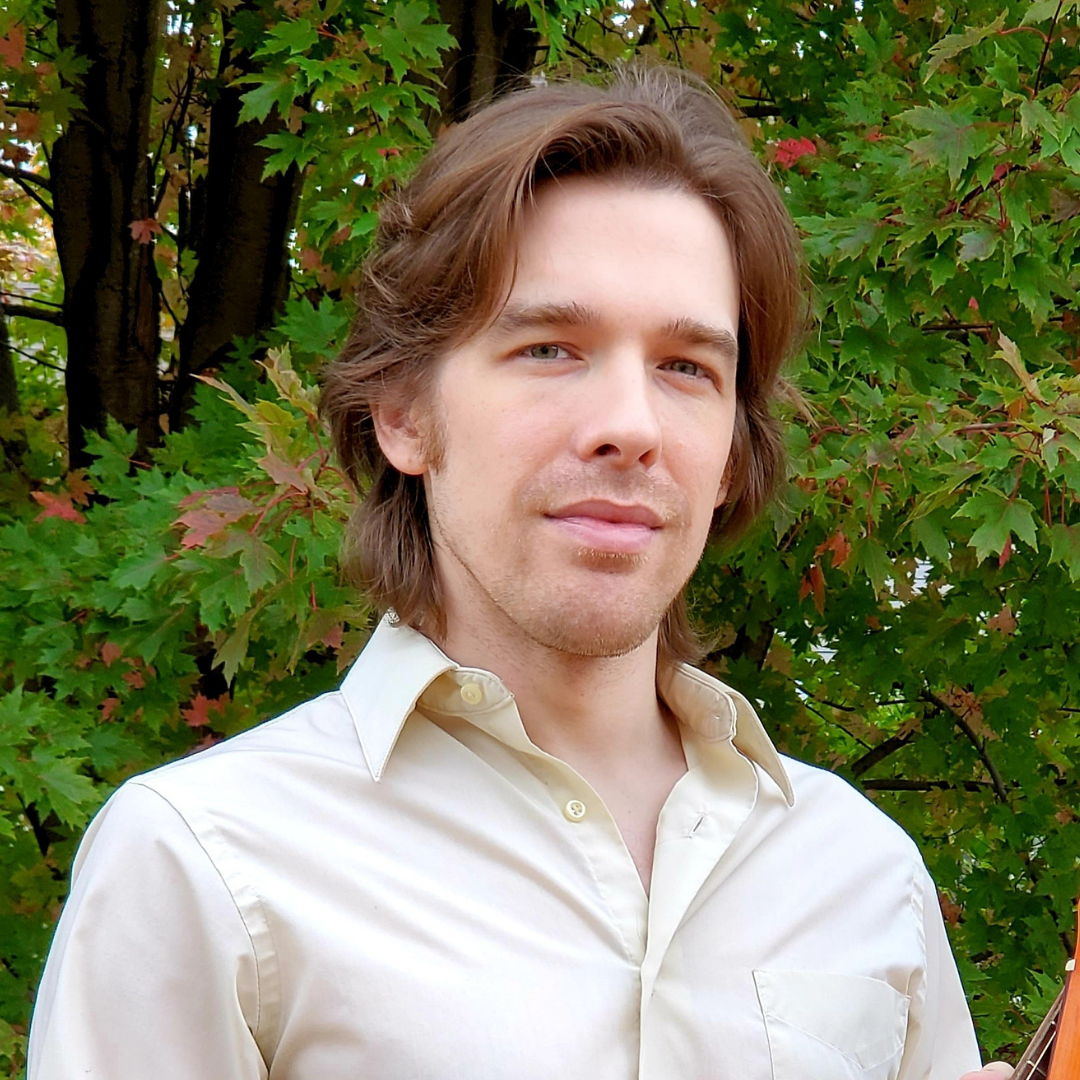 Nicholas Nelson is a Minnesota-based guitarist, ukulelist, singer, actor, and educator. His musical journey began at the age of 8 with guitar lessons. By his early teens he had established himself as an active blues guitarist in Southern Minnesota and Wisconsin. After briefly shifting focus to jazz guitar studies with Clay Moore, he discovered classical singing and enrolled at the University of Minnesota where he completed his B.M. in voice. Following graduation, he began performing bass roles with several companies across the country, most notably spending three years as a Resident Artist at Portland Opera. Since moving back to Minnesota, Nick has maintained an eclectic career encompassing recitals, operatic roles, concerts as a multi-instrumentalist, original compositions for plays and films, roles in spoken theatre with Nimbus Theatre, and teaching.