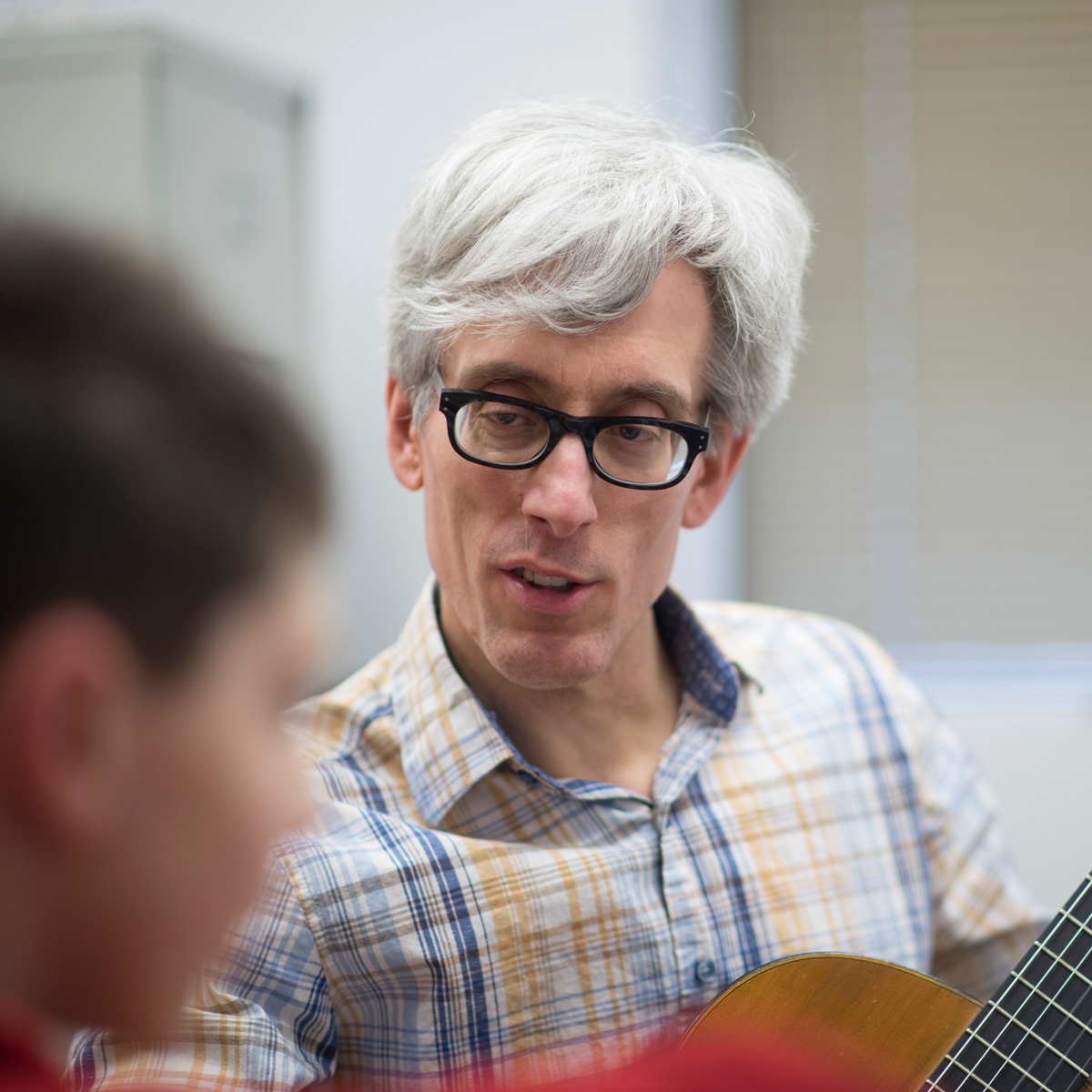 A founding member of the Minneapolis Guitar Quartet, JOSEPH HAGEDORN has performed with the group since 1986, touring to some thirty states, Canada, Mexico, Serbia, and Montenegro, and recording six much-admired CDs. This Iowa native earned a Bachelor of Music degree from Cornell College and a Master of Music degree from the University of Minnesota, studying with Richard Stratton, Christopher Carrington, Nelson Amos, and Jeffrey Van. In 1990, he was the winner of Guitar Foundation of America International solo competition. Hagedorn has served on the music faculty of the University of Wisconsin-River Falls since 1988, and his solo and concerto appearances have taken him to more than 25 American cities. He has been heard twice on the nationally broadcast radio program Saint Paul Sunday - once with the Minneapolis Guitar Quartet and once with his wife, violinist Leslie Shank, as the fretted half of the Shank-Hagedorn Duo. His adroit, colorful arrangements, numbering in the dozens, are widely admired.