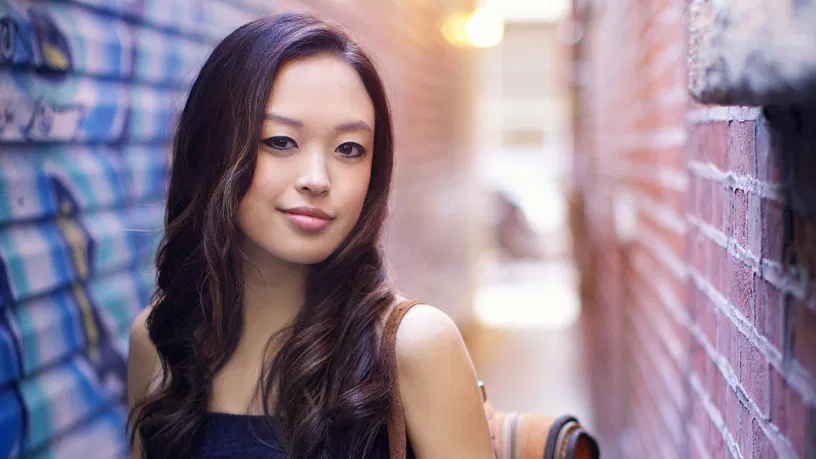 A native of the San Francisco Bay Area and now a member of the St. Paul Chamber Orchestra, violinist EUNICE KIM made her solo debut at the age of seven with the Korean Broadcasting Symphony Orchestra. Called “just superb” (The New York Times) and “a born performer” (Epoch Times), she recently made her solo debut with The Philadelphia Orchestra and the Louisville Symphony, and performed George Tsontakis’ Unforgettable with the Albany Symphony Orchestra. Also recently, she performed at the Library of Congress on the “Ward” Antonio Stradivari violin, and she toured Taiwan, Hong Kong, Germany and South Korea with “Curtis On Tour.”

A winner of Astral’s 2012 National Auditions, Kim is the recipient of awards and honors from the California International Violin Competition, the Pacific Music Society Competition, the Korea Times String Competition and the Youth Excellence Scholarship for the Arts. She represented the Curtis Institute of Music and the San Francisco Conservatory of Music in the Millennium Stage Series Conservatory Project at the Kennedy Center.

An enthusiastic advocate for community engagement, she has partnered with The Philadelphia Orchestra Department of Education to perform an outreach series, and regularly participates in Astral’s Community Engagement & Education programs. She has taught at numerous international music festivals, most recently at the Teatro Del Lago Festival in Chile and the Valdres Music Academy in Norway, and is delighted to join the faculty of St. Joseph’s School of Music.