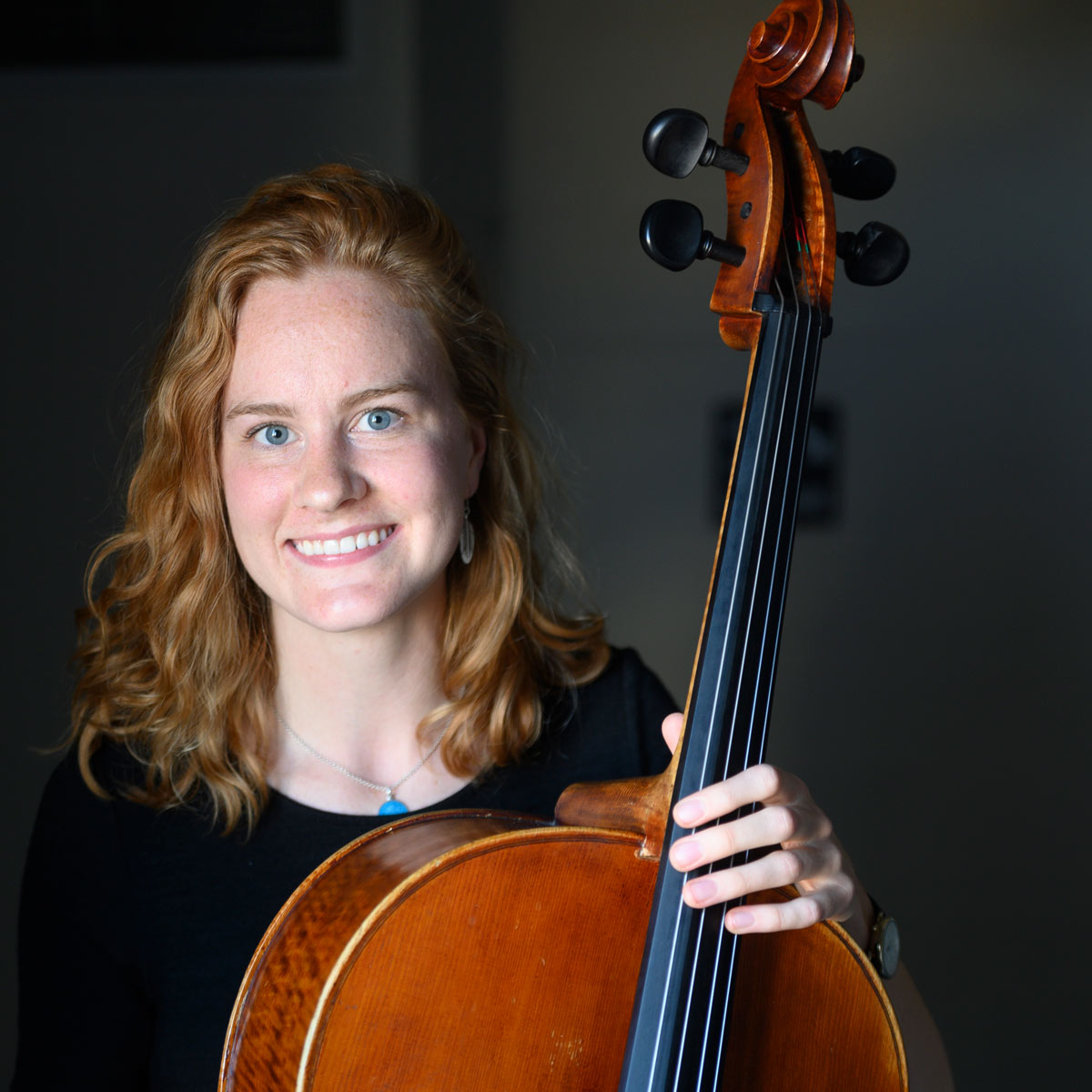 A native of Chicago, ELENA DENNY earned a master's degree in Cello Performance at the University of Minnesota, studying with Tanya Remenikova. She completed her bachelor's degree at Illinois Wesleyan University where she studied with Nina Gordon and performed the Saint-Saëns Cello Concerto with the Illinois Wesleyan University Civic Orchestra as a winner of the Henry Charles Memorial Concerto/Aria Competition. Elena attended the Virtuoso & Belcanto Festival in Lucca, Italy, in the summer of 2017, and she recently won a position with the Duluth Superior Symphony Orchestra. In 2017 she was awarded second prize of the local Schubert Club scholarship competition, Strings III division. Other private teachers include Silvio Righini in Milan, Italy, Teddy Rankin-Parker in Chicago, and Nancy Blum in Chicago.