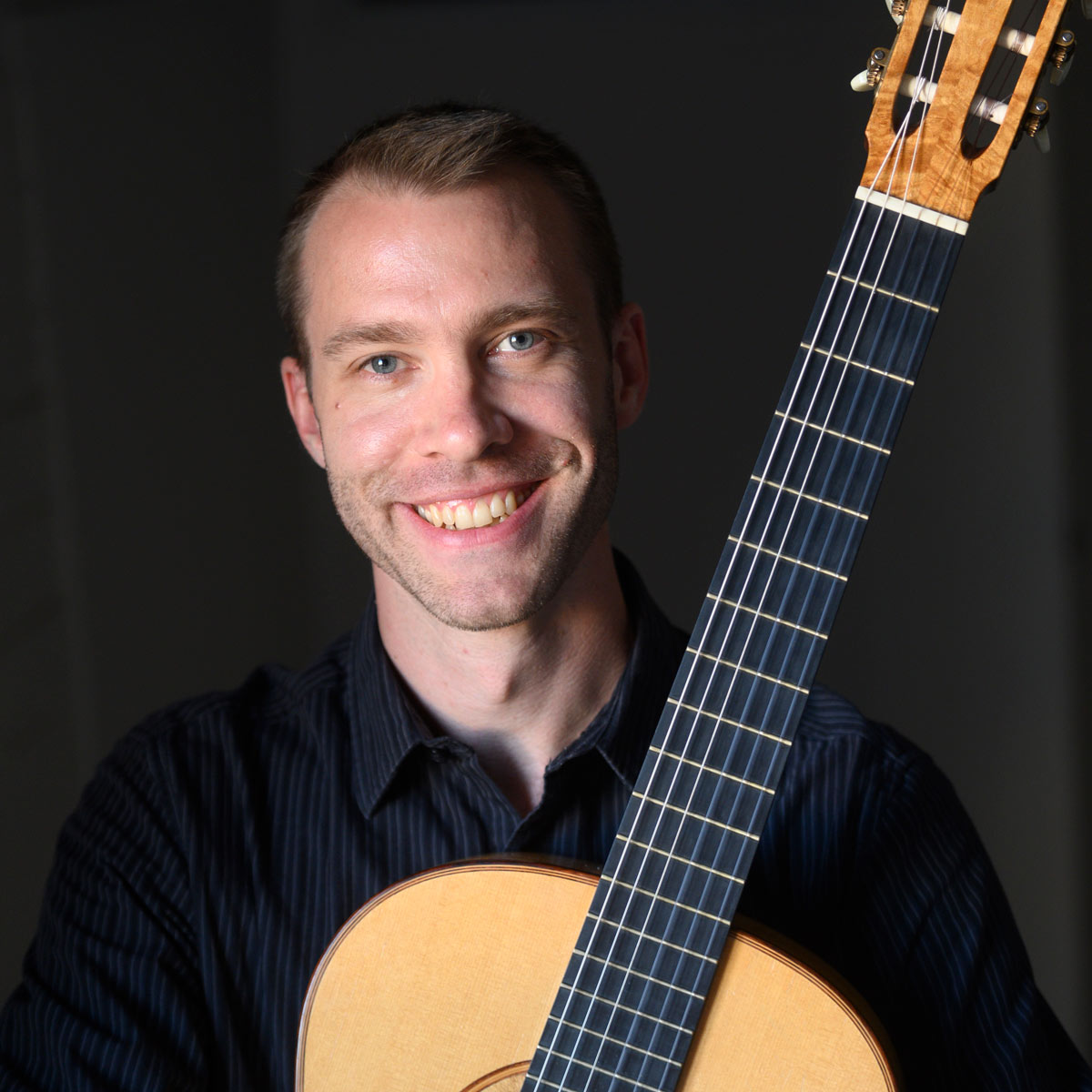 Classical guitarist BEN KUNKEL, a native Minnesotan, began playing guitar at the age of nine. He received his Bachelor of Music degree from the University of Minnesota, studying under Jeffrey Van, and his Master of Music degree from the Cleveland Institute of Music, studying under Jason Vieaux. Kunkel is an active solo and chamber musician and has given many concert appearances. Since 2014, he has been a member of the Minneapolis Guitar Quartet, with whom he has toured throughout the United States, Europe and Asia. While passionate about the traditional guitar repertoire, Kunkel is a strong advocate of new music and frequently premieres new works and collaborates with composers. A dedicated teacher, he brings excitement, expertise, and an understanding of the learning process to students of all ages and levels.